The first duco by Mario Carreño?

BEHIND THE CURTAIN
Open a larger version of the following image in a popup:
Share

I was introduced to German Amado Blanco, and his wife Sasha, to visit their home to see a painting by Amelia Peláez. Over the door opening which went from the living room to the dining room, they had this smaller painting of a woman's head. I ended up buying the latter, a magnificent Carreño duco from 1937, which Luis Amado Blanco, German's father, had purchased from the artist soon after it was painted. Neither German nor his brother Raul remembered whether the painting was painted in Mexico or Cuba, but all agreed that it was the product of the close working relationship which Carreño developed with Alfaro Siqueiros while he was in Mexico.

A bonus of that visit was the introduction by German to prof. Antonio Alejo - that will be the subject of the next "behind the curtain" memory.
Robert Borlenghi

A comprehensive study on Carreño duco paintings by Jose Ramon Alonso suggests that apparently, this may be the first duco by the artist...

It is also illustrated in another, more recent treatise by Jose Ramon Alsonso on Carreño ducos. And also it is illustrated and discussed in two pages of the Fernandez Torna book (see below). The original thin gold frame was preserved, and we had a wood one hand-carved around it. 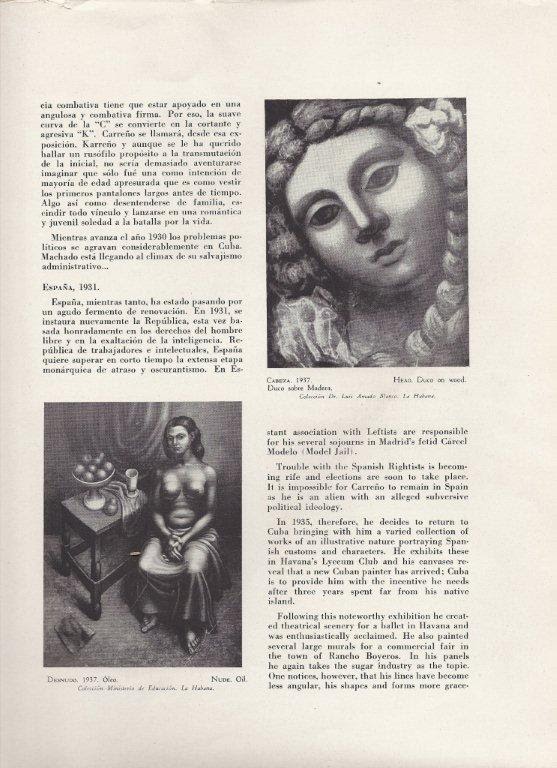 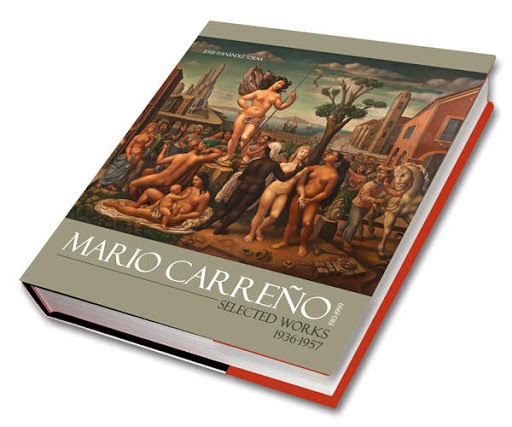 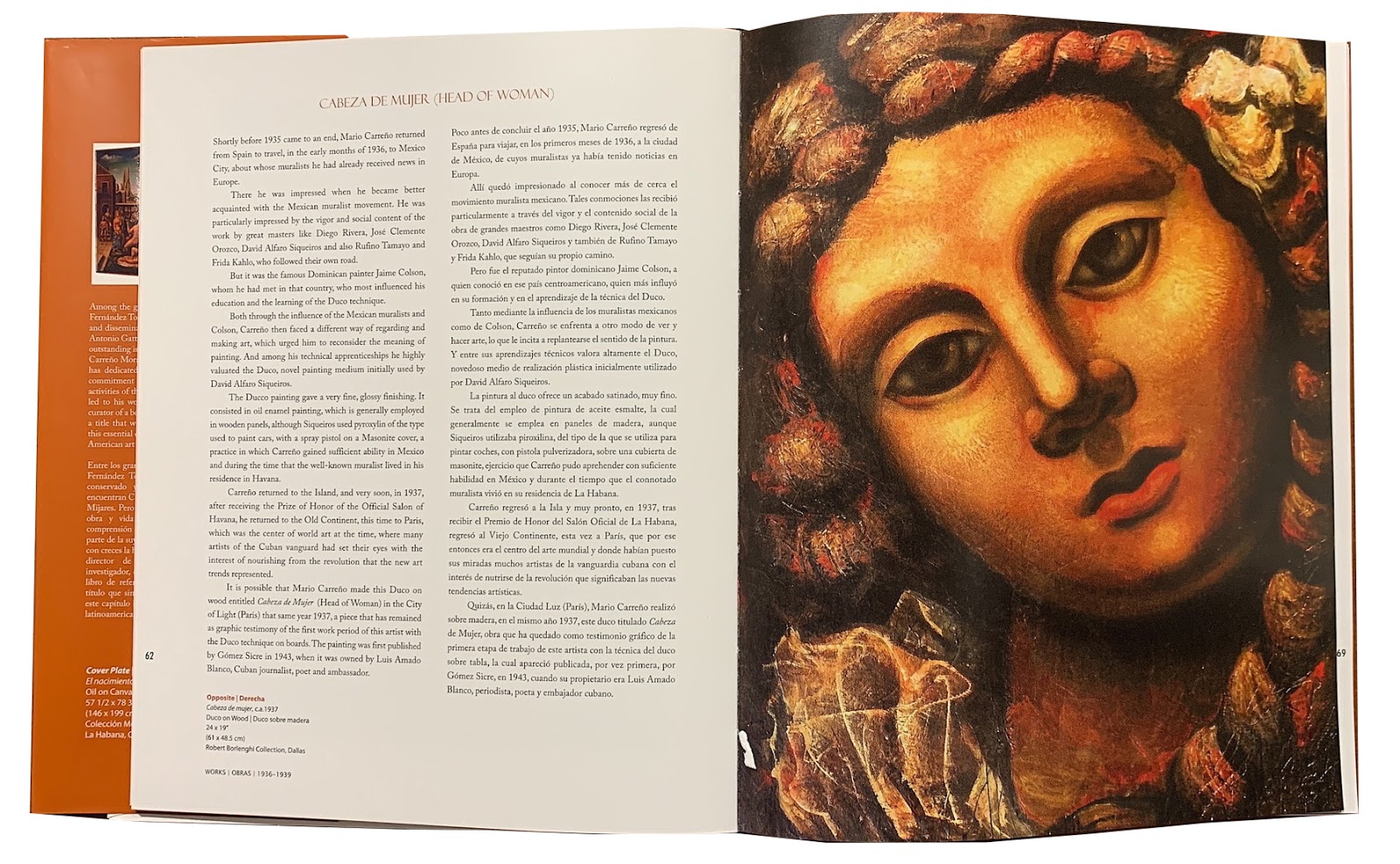 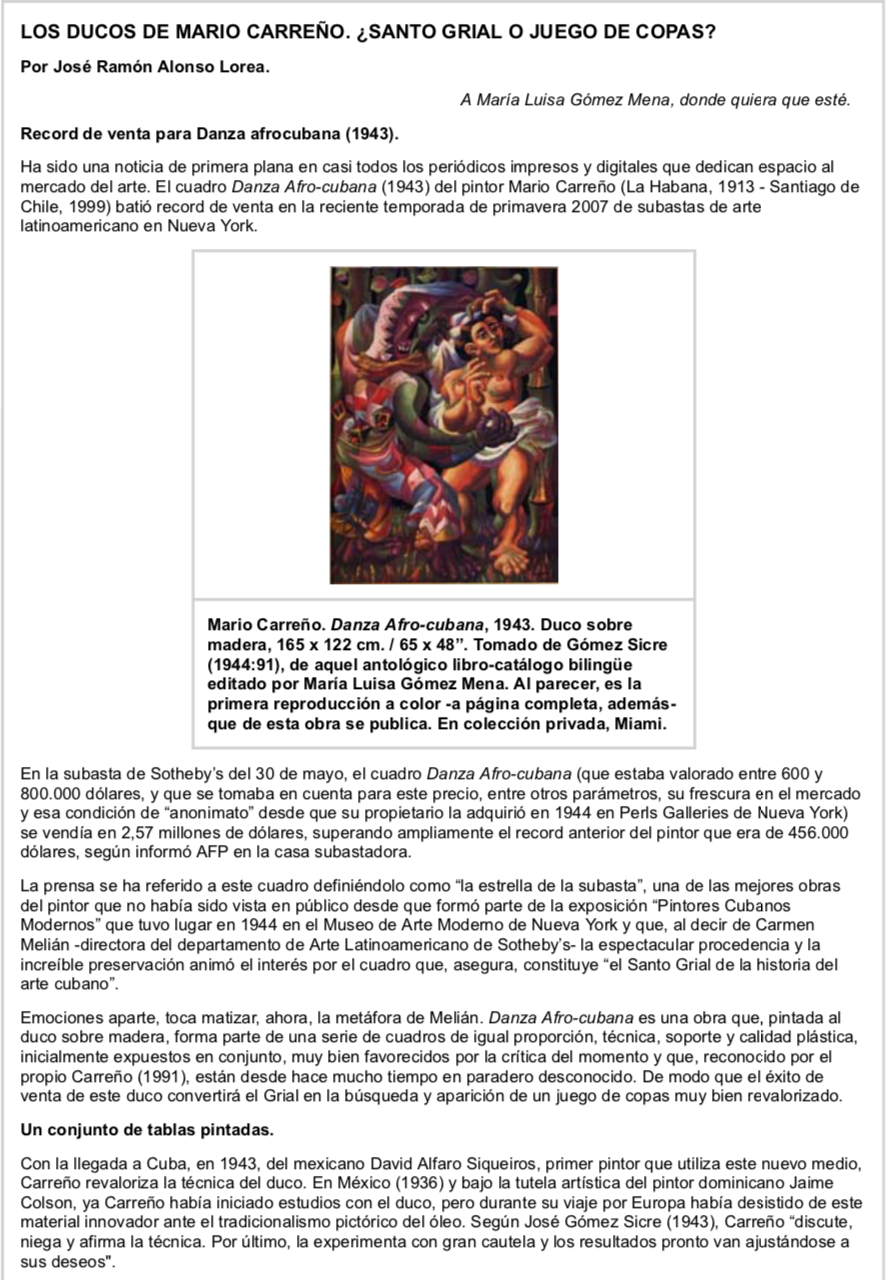 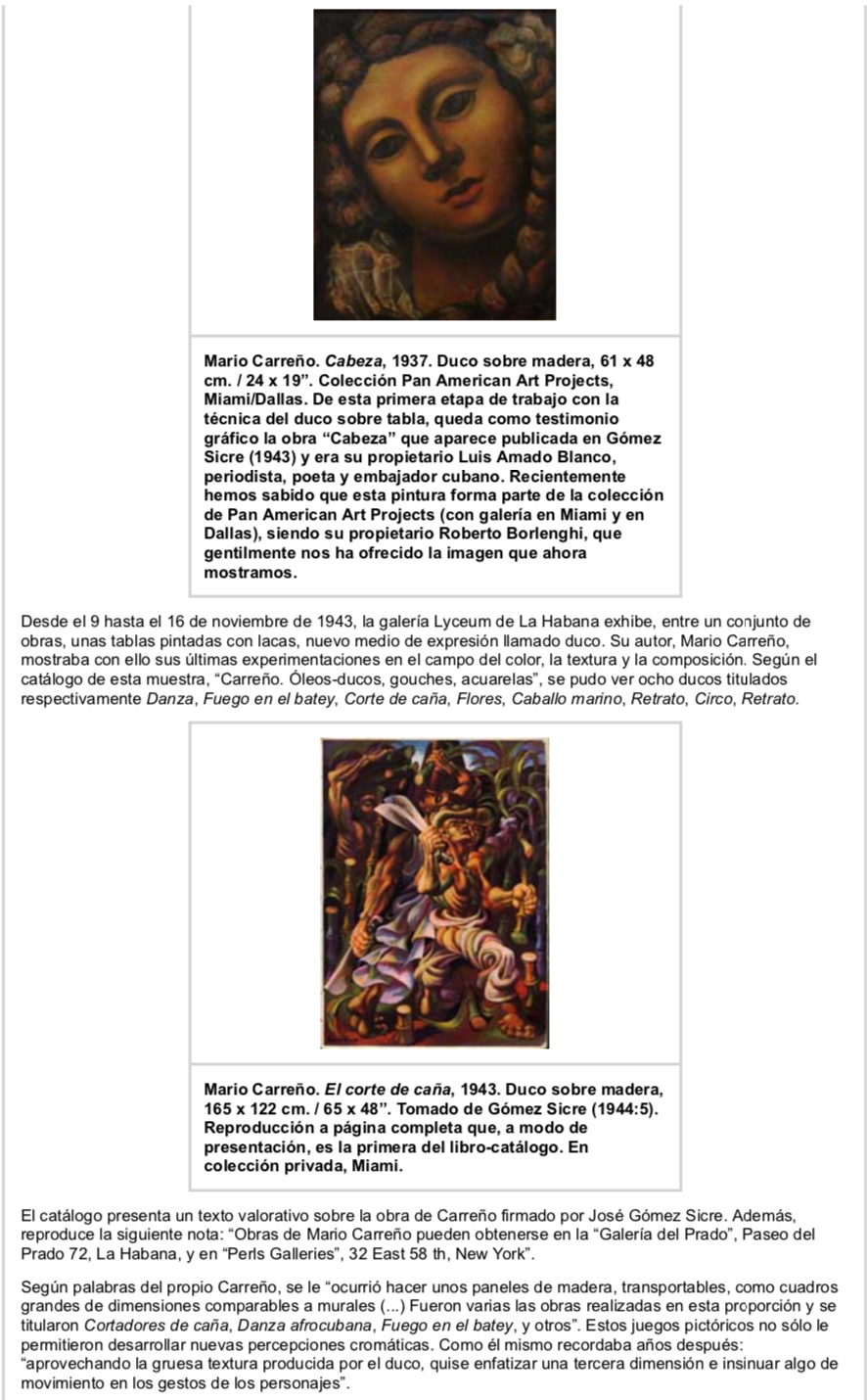